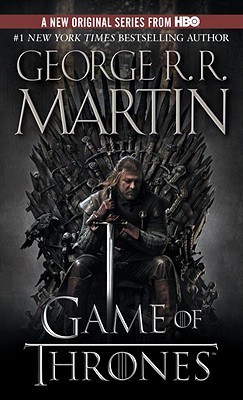 “What do you think might have killed these men, Gared?” Ser Waymar asked casually.  He adjusted the drape of his long sable cloak.  “It was the cold,” Gared said with iron certainty.  “I saw men freeze last winter, and the one before, when I was half a boy.  Everyone talks about snows forty foot deep, and how the ice wind comes howling out of the north, but the real enemy is the cold.  It steals up on you quieter than Will (a character in the book), and at first you shiver and your teeth chatter and you stamp your feet and dream of mulled wine and nice hot fires.  It burns, it does.  Nothing burns like the cold.  But only for a while.  Then it gets inside you and starts to fill you up, and after a while you don’t have the strength to fight it.  It’s easier just to sit down or go to sleep.  They say you don’t feel any pain toward the end.  First you go weak and drowsy, and everything starts to fade, and then it’s like sinking into a sea of warm milk.  Peaceful, like” (4).

And so begins the widely acclaimed, bestselling novel Game of Thrones by George R.R. Martin, the first of five books in the series A Song of Ice and Fire.  Many people recognize this fantasy series for the HBO televised adaptation that has been making headlines in the entertainment industry for five seasons now.  As widely spoken about as this story is, I don’t know too many people who have actually read the book, let alone the entire series.  No wonder, really, when you stop to consider the 805-page novel that makes up the first book alone.  I seldom have the time to read longer novels like this, but I have taken on the challenge to read the first book with a group of booktubers (YouTube vidbloggers who post reviews of books) during the month of March.  They are calling it the “Game of Thrones Readalong,” with a group discussion forum in Goodreads for those wanting to share thoughts on the book.  What better time to read this book than now, with a group of bookworms to share my ideas with.  So, I thought, why not.  I enjoy fantasy literature like this, and I have heard a lot about the story from friends.  Mind you, I have never seen the TV series, nor have I read any reviews about the book.  In fact, I am coming into this series with a clean slate, if you will.

This passage told by Gared, one of the Night Watchmen of the northern Wall, is found in the prologue of the book and seems to set the undertone for the story.   Using a wide array of vocabulary that seemingly fits the “cold” theme, Martin creates a plausible world around the wintery setting of what he calls simply “The North.” From the very beginning, the story is not an easy one to follow.   In fact, the first 100 pages or so are set in the northern reaches of Winterfell, the home to House Stark.  A very diverse cast of characters are introduced from the get-go, which makes it difficult to keep up with who’s whom, but the more often they are mentioned, the easier it becomes.  Enter King Robert and his family for a royal visit to the keep, though, and the character cast is made even more difficult to follow.  And so it is that the first conflict in the story is revealed, the setup of political intrigues so intricately crafted, that you can’t help but feel compelled to read further on in the story.  Don’t forget the introduction of our story’s antagonist from the parallel story of Daenerys, her marriage to the Khal Drogo and the backstory of her tempermental brother.  This gives the book a flair, in my opinion, that is seldom matched by other books in the genre.

Now, I have heard a couple of rumors about this book — the first being that Martin has a habit of killing off his characters, especially likeable ones.  After all, it seems to be one of the most talked about series at the moment, what with season five of the fantasy drama being released in April of this year.  But, I never really understood the sense or value of this — murdering off characters — until I started reading the book for myself.  If murdering a character in a story is not an effective narrative device, I don’t know what is.    In fact, the first attempt at murder has been directed toward Bran of House Stark, the seven-year old son to Lady Catelyn and Lord Eddard, who happened upon the adulterous Queen Lannister and her lover in an abandoned tower of the keep during their visit to Winterfell.  Here we are, reading about Bran’s endeavors to climb the abandoned keep so that he may take in a view of his home one last time before departing to the southern kindgom with his father, when he overhears the Queen with her lover in seclusion, whispering ill tightings and foreboding plots while making love in the tower, a graphic and lustuous scene, no doubt.  Wanting to take a closer look at the two mysterious voices, he glimpses and recognizes the Queen, whom Bran reveals to the reader, but he does not tell us who the man with her is, even though he recognized him, too.  This was most certainly intentionally left out by Martin for foreshadowing purposes.  Suddenly caught, Bran slips from the ledge and falls, only grabbing hold at the last minute.  With an intent that borderlines malevolence, Martin goes on to write:

“Take my hand… before you fall.”  Bran seized his arm and held on tight with all his strength.  The man yanked him up on the ledge.  “What are you doing?”  The woman demanded.  The man ignored her.  He was very strong.  He stood Bran up on the sill.  “How old are you, boy?”  “Seven,” Bran said, shaking with relief… The man looked over at the woman.  “The things I do for love,” he said with loathing.  He gave Bran a shove.  Screaming, Bran went backward out the window into empty air.  There was nothing to grab on to.  The courtyard rushed up to meet him (85).

What a moment!  The images of this young boy climbing the tower, of his innocence in only wanting to say farewell to his home, of the vertigo he experiences as he plummets down into the courtyard — these are what leave readers wanting more.  As Martin writes at the end of the book in his acknowledgments, “The devil is in the details, they say.”  Indeed, they are.  In fact, the intrigue of this scene doesn’t just come from the shove from the window, but more in the way Martin leads up to it.  He tells us earlier in the chapter that Bran has a habit of climbing things he shouldn’t be climbing and that his parents and guardians are always scolding him for doing so.  Suddenly, he falls from a ledge with no witnesses, making the whole drama surrounding the Queen to look like an accident waiting to happen.  Add to this intrigue the fact that he might live to tell about it, and you have good drama in the works.  Moments like these are what keep readers begging for more.

The second rumor I have heard, which has been reinforced by the South Park parodies during season 17,  is that Martin likes to add steamy, sensual details to his story.  I’ve only just finished the first 100 pages in the book, yet there have already been two sex scenes, if you will.  Albeit soft-core in nature, they are still visually gripping and erotic, an element I wasn’t quite expecting to find in a fantasy-based world.  Does it ruin the story?  No.  If anything, it helps create a more realistic and vulgar landscape, where people are quick to take what they want and indulge in their passions.  As I see it, this is also fitting to the feudal-based system, where pompous, hedonistic aristocrats live fanciful lives filled with pleasures (enter King Robert), all superficial traits to mask a deeper and harder truth –the reality of this realm.  These fleeting moments are written with clarity, further making Martin’s acknowledgment a suitable one for the story.  His fantasy world is a world of sin and hardship that is only made worse with the foreboding reminder made at several moments earlier in the story: “Winter is coming.”

I have divided this book into three sections, each at 200-page increments marked by sticky notes, with the intention to read one section each week.  At this rate, I should finish the book by the end of March, which happens to be the goal for the “Game of Thrones Readalong.”  A hat-tip to The Book Fox (click the link to check out her YouTube channel) for recommending this readalong.  I’m curious to see how Martin’s story unfolds.